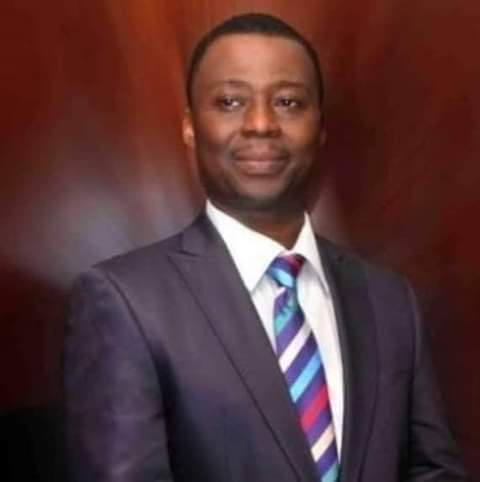 During his sermon with the theme ‘A Happy Home’ on Sunday, August 15th, MFM General Overseer, Pastor DK Olukoya, preached on ‘marriages that need deliverance’.
He shed light on the types of marriages that he said need deliverance and what to do.
He started thus with the caption; ‘When your marriage needs deliverance’.
“That is what this 3rd Sunday teachings have been teaching here. A lot of marriages need deliverance. Deliverance for marriage is 7 folds.
There is Deliverance by salvation, if madam is not born again or husband is not born again, there is no point that they will not fight, they will fight. It is like asking a corpse not to smell.
Our character cuts across every facet of our life. your character is what you are when no one is watching you. Your character involves your ability to rule your desires, your lusts and those needs that are before you. A lot of marriages have been caged by the enemy because of the lack of all these 7 folds deliverance. what are the types of marriages that need deliverance?
A marriage where communication has broken down, where the inlaws have taken over, marriages retained by money, neglected marriages, no time for each other and so the marriage is far crumbling, marriages of actors and actresses, both partners are pretending as if things are alright but in private they are fighting, they are cursing and quarrelling but things are really wrong. Marriages that never grows, In the initial stage of marriage, we find some couple quarrelling, sometimes even fighting, but as the marriages grow, they outgrow that stage of shouting, beating and shouting,. Marriages that the third party has caged, when the home is controlled by mother in law and all kinds of people.
There is shallow marriage, no true love, just marry for beauty, handsomeness, shape, for the size and the gymnastic of bum bum, forgetting that the bumbum is a waste disposal gadget and when what you got married for now begins to lose shape then problem begins, abusive husbands, stubborn wives, marriages that need deliverance, both couple are into adultery, troubled marriages, sickness, satanic attack, children problems, beating and biting each other, polygamous marriages, where husbands sleep with inlaws, marriages from accidental pregnancies, marriages where when you marry, you inherit things that do not belong to you. Such marriages need deliverance, many marriages need deliverance prayers they need counselling and Godly advice.”

Qualities We Must Celebrate in Apostle Suleman, by Prophetess Rose Kevin 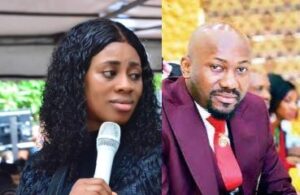 Qualities We Must Celebrate in Apostle Suleman, by Prophetess Rose Kevin 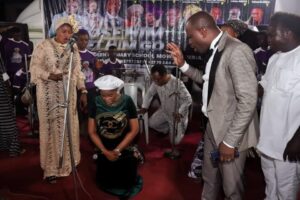