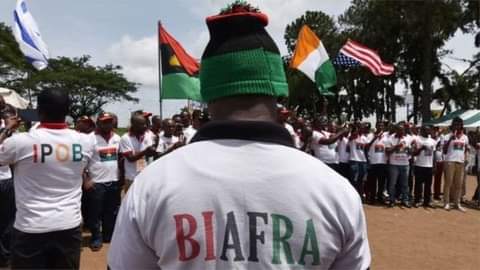 Abiodun Posted on September 12, 2021
Operatives of the Imo State Police Command on Sunday said it has killed the Orlu Sector commander of the armed group of the Indigenous People of Biafra, IPOB, one Chidera Nnabuhe, popularly known as “Dragon” a native of Umuala in Amaifeke in Orlu Local Government in the state and two others terrorising the residents of Orlu town. 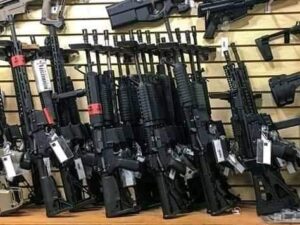 The Imo State Commissioner of Police, Hussein Rabiu, said this to newsmen in Owerri, while parading the three lifeless bodies of the group and two others captured alive.
The Police confirmed that the incident which happened last Saturday was as a result of intelligence the command got where the ESN boys have gathered at the valley in Amaifeke in Orlu Local Government Area, of Imo State, and were planning to launch an attack on the Police formations in the state.
It was when the officers swung into action to apprehend the boys at Amaifeke Valley that the gun battle started and in the process three of the ESN, boys were gunned down.
According to the Command, “Sequel to the ongoing clearance Operation embarked by the Imo State Police Command on raiding major IPOB/ ESN Camps in the state and its environs aimed at wiping out the remnants of the proscribed IPOB/ ESN members and restoring lasting peace in the state, after a diligent gathering of technical intelligence, that members of the proscribed IPOB/ ESN members were sighted in an isolated uncompleted building situated in a valley in Amaifeke in Orlu LGA of Imo State, planning to resume terror attacks on police formations and government installations in the state.
“On 11/9/2021 at about 12:30 hours, the command’s tactical teams immediately mobilised and stormed the hideout out of the terror group located in an uncompleted building in a valley at Essential Home popularly known as ” NGBUKA” in Amaifeke Orlu LGA of Imo State.
“The members of the terror group on sighting the police operatives in their hideout opened fire on them. The gallant and battle-ready tactical teams swiftly returned the fire. In the gun duel, three of the hoodlums namely Chidera Nnabuhe, the Orlu Sector Commander of IPOB/ ESN a.k.a “DRAGON”, a native of Umuala Amaifeke in Orlu Local Government Area and two others with a.k.a,  J.J and Dadawa both natives of Ohazara in Ebonyi state were neutralised. Emeka Sunday ‘M’ age 20 years of Anike in Ohazara LGA of Ebonyi State and Anthony Okeke ‘M’ age 44 years of Umuala Amaifeke  Orlu LGA of Imo were arrested while others escaped into the bush with bullet wounds.
“On searching the camp and its surroundings, a native goat that has just been slaughtered with the blood drained into a container and rub on their bodies to fortify themselves against police bullets was recovered alongside the following items, two locally fabricated General Purpose Machine Gun(GPMG), Sixteen Improvised Explosives Devices (I.E.Ds), one English made pump action gun, two locally made Pistols,  thirty – seven rounds of live cartridges,  three Automatic Machine Guns kick-starter, one Bomb detonator, three Automatic Guns connecting batteries, a bag containing Gun Powder, Charms, two Biafran Flags, three bomb detonator remote control, six different makes of GSM handsets,  a black travelling bag containing male clothes suspected to have been robbed or belonging to a kidnapped victim with GSM NUMBER 08034958267 pasted on it.”
The Police pointed out that, “This is the terror group that have been terrorising the good people of Orlu. And investigation revealed that all the violent crimes including the high profile kidnappings and armed robberies that have been going within the Orlu axis were being masterminded by them. Most of the members of the group has been on the wanted list of the Police for months especially,  Chidera Nnabuhe a.k.a ” DRAGON”,  the commander of the Orlu Sector of IPOB/ ESN.
“The investigation is ongoing and the suspects arrested are presently undergoing interrogation and have made useful statements that will aid the police in arresting other members of their gang including the ones that escaped with bullet wounds.”
Tagged:DragonIn Gun DuelPolice Kill IPOB Sector CommanderTwo Others in Imo 18 Year-Old Rapes His Grandmother in Plateau