The God of Dr Daniel Olukoya is indeed the God of fire, for those of you who thought that Maureen Badejo was not a dubious and vain character, today the 10th day of June is a day of reckoning for her, as one of her sponsored callers has opened her cans of worms.

Remember Sunday Bawura Olowoyeye, that called into Maureen’s Facebook GIO TV show claiming that he is a pastor of MFM and that MFM is occultic? this man stated that things were buried in the altar of the mountain of fire and miracle ministries, and in my article about him I asked, if so, How come during the whole pandemic when we had to sit at home Dr D.K Olukoya preached from his home and the whole world was still testifying of the goodness of GOD IN THEIR LIVES BY RECEIVING DIVINE INTERVENTIONS
As at when this man was calling into Maureen’s show he was under suspension for so many reasons leading from fraud, financial misappropriation, abuse of position and many more, he was arrested by members numerous times and was not in line with MFM principles and conducts, as a matter of fact he was on the run as police were after him, from our findings.

Now, this is the kind of person Maureen gave accommodation to, and was manipulating to bear false witness and operate under the cover of an ACTIVE PASTOR of the ministry, according to his confession on his Facebook page, Maureen HAD GIVEN HIM ACCOMMODATION AND OTHER SUPPORT just to use him to do the wrong things and castigate MFM by anyway and means possible, Feeding the populace with wrong, evil and unfounded information.

But since God started troubling him he decided to turn away from his evil ways and retrace his step, for this reason Maureen Badejo ejected him out of the accommodation she hired for him and also stopped all financial support.

From our investigations, we have sorted out about four names that she’s been contacting to create fake evidence and use for her evil manipulations. Mrs. Uche, Sunday Olowoyeye, Chinyere Nwachukwu and Mama Bukky. We learnt that She has been trying to incite these people to bear false witness against MFM AND DR DK OLUKOYA. She erroneously thinks they can be witnesses and she’s been trying to get a visa for them to come to the UK to testify against Dr Olukoya.

If anyone should tell me that this woman Maureen Badejo is not from the pit of hell I will disagree with that person, it takes a certain level of satanic possession to take on the matters of GOD WITHOUT FEAR or thinking about the CONSEQUENCES THAT MAY COME UPON YOU just because you want fame and money, but judgment will always await those that touch the apple of God’s eye
Thank you Mr. Sunday Bawura for finally yielding to the CALL of GOD TO REPENT AND RETURN TO YOUR SENSES, GDD BLESS YOU.

Please watch the confession through the links below. 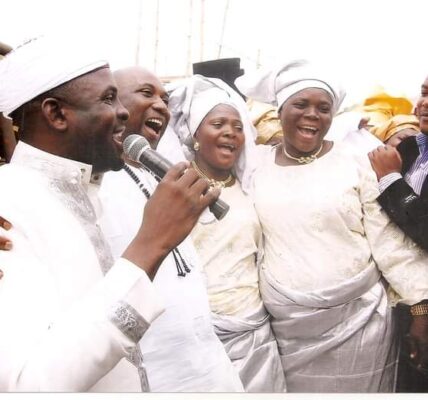