Hon. Alebiosu spoke to journalists in Ijebu Ode on Monday, 31 May, 2021 where he disclosed that some persons including certain online mediums have been spreading provocative statements that he is not fit for the chairmanship position, adding that he would not honour “such gossips and beer parlour tales” with a reply.

According to him, he will only respond to credible criticism and not falsehood from those he called “faceless bodies and individuals”.

“For me, I have a legitimate source of livelihood which is best known to everyone around. I have been part of the All Progressives Congress campaign machinery right from the grassroots. I have equally been contributing in my own little standard to the development of Ijebu Ode.

My destination to turn things around for the betterment our people is my utmost priority and not to respond to baseless insinuations,” Alebiosu declared while he enjoined the political class not to see politics as do-or-die but a vehicle to better the lot of their immediate communities. 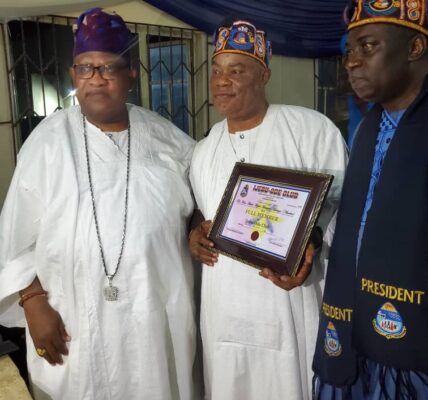