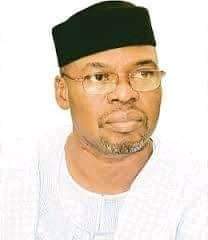 Oni, a former governor of Ekiti, said this on Sunday during a debate organised by Channels TV.

Responding to allegations of being a “notorious defector”, the governorship candidate said his decision to decamp from the PDP was not borne out of desperation.

On January 26, Oni lost the PDP governorship primary in Ekiti to Bisi Kolawole, the preferred candidate of Ayodele Fayose, a former governor of the state.

Kolawole was announced as the winner of the election after polling 671 votes to beat Oni, his closest rival, who had 330 votes.

The Segun Oni campaign organisation rejected the result of the PDP primary, while alleging that members of the organisation were disenfranchised by the process.

Oni then resigned his membership of the PDP on February 5, days after after failing to secure the party’s ticket.

Speaking during the debate, he accused the party of dishonesty in its conduct of the Ekiti governorship primary.

“I do not like cheating. I don’t cheating and don’t like people to cheat. If I see a party that has no respect for its own rules, I see it as not my type of party,” Oni said.

“I contested the PDP primary and it was supposed to be a secret ballot and the world saw how it became open to the extent that one man was being shown every ballot.

“I detest cheating and don’t collaborate with cheats.”

He was removed by a court judgment that ruled in favour of the then-candidate of the Action Congress of Nigeria (ACN), Kayode Fayemi.

In 2014, he defected to the APC from PDP to support the second term bid of Fayemi, the incumbent governor of Ekiti.

Tags: I Couldn't Continue with Them -Segun Oni PDP Full of Cheats