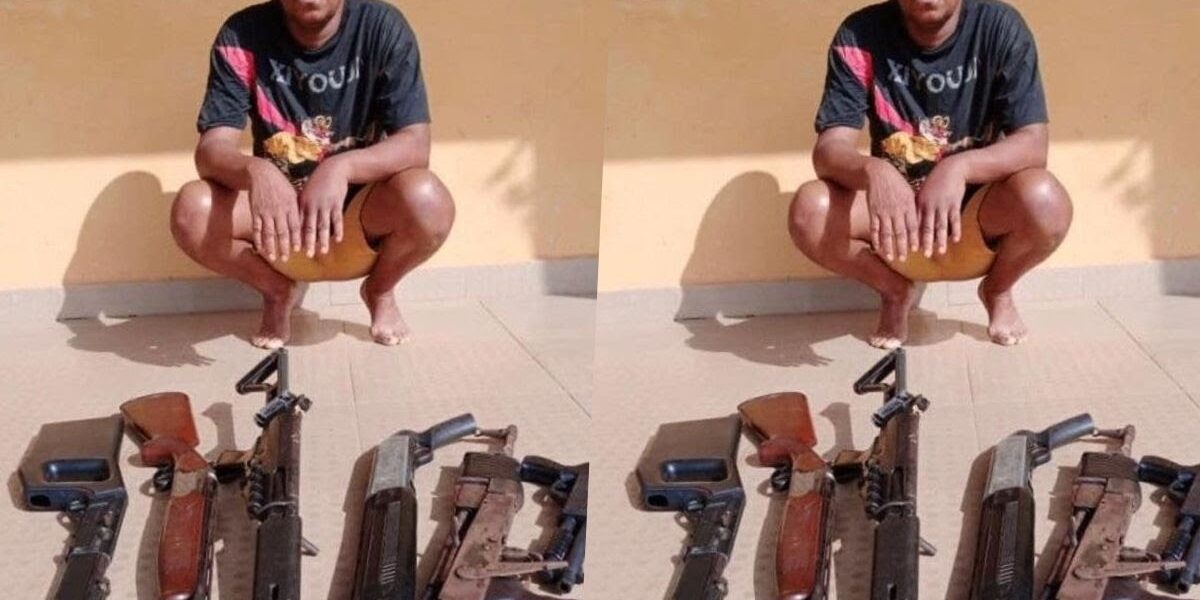 The 38-year-old movie star was detained on June 15 after a search along Obiaruku/Umuedu route in Ethiope East LGA of the state, according to the command’s spokesperson, DSP Bright Edafe.

According to Edafe, he was found with one Lar rifle without a magazine, one fake AK-47 rifle, one Air rifle, one Pump action, one English double barrel gun, and two toy firearms.