Mother of Super Eagles star Samuel Kalu has been abducted in Aba by kidnappers who are demanding for N50m ransom.

According to several reports, Mrs Kalu was abducted by some unidentified gunmen along Okpulu Umuobo area of Aba in Abia State, Nigeria. 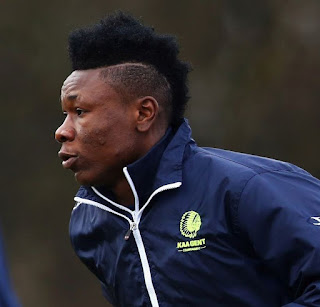 Reports also say that the kidnappers have requested for an N50m ransom which they have also threatened to increase per day.

Kalu who plays his football with Bordeaux in France was informed of the situation immediately. It is now known if he will be in action for Bordeaux when they take on Montpellier in a Ligue 1 game on Tuesday, March 5.
The 21-year-old made his Super Eagles debut in September 2018. Deputy Tells Gov Akeredolu: “Hand Over to Me in 3 Weeks or…”