*Becomes ‘Aare Mayegun’ of Igbein Land
*CMC Rejoices With Him

It was another moment of joy for family, friends and colleagues of top police officer, CP Ahmed Iliyasu, as he was honoured with a Yoruba chieftaincy title as Aare Mayegun of Igbein Land in Abeokuta, Ogun State on Saturday July 14, 2018.

In a goodwill message, the founder of CMC, Ambassador Cornel Udofia, felicitates with the outstanding police chief for the added honour.

“CP Ahmed Iliyasu has risen through the ranks serving in different States across the country, and even in Angola under the UN. His records has won him so many honours. Little wonder he was recently conferred with the title of Aare Mayegun of Igbein land by the Oba of Igbein kingdom himself.

We at the CMC joins the rest of the community, traditional title holders, the Nigerian Police, and other stakeholders to celebrate this man of great enterprise. As the Commissioner of Police, Ahmed Iliyasu, who invariably hails from Kaduna has served his host community impressively, making crimes and criminals nearly extinct.

We believe such honour is deserving. Which is why come Sunday August 19 at CMC AFRICA AWARDS, we have decided to confer on this man of esteemed character, an award as ‘Most Outstanding Crime Fighting Genius of the Year 2018’.

We congratulate the new Aare and the good people of Igbein community for this laudable addition into the titles of traditional holder. We pray the Lord continues to guide him in his discharge of duties.” 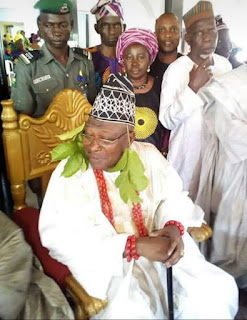